One of four annual exploration science awards presented by SSERVI, the Niebur award is named in honor of the former NASA Discovery program scientist who initiated the agency’s first early-career fellowship and annual early-career workshop to help new planetary scientists break into the field. Prem was one of two scientists to receive a 2021 Niebur award, which recognizes researchers who received their doctorate within the past 10 years, have shown excellence in their field and demonstrated meaningful contributions to the science or exploration communities.

“I have a long history of being involved with SSERVI, so it meant a lot to be presented with a SSERVI award, and that it was a Niebur award,” Prem said. “I admire Niebur greatly from everything I’ve heard about her, and it’s always nice to be acknowledged. The award was a very pleasant surprise.”

“That conference sparked my interest in the Moon and lunar science,” Prem said. “For most of my academic and professional career, I’ve been involved with SSERVI one way or another. It’s an institution I have a lot of love for.”

In 2017, Prem received her doctorate degree in aerospace engineering, also from the University of Texas at Austin, and she currently serves as co-investigator on two SSERVI teams: Lunar Environment and Dynamics for Exploration Research (LEADER) and the Interdisciplinary Consortium for Evaluating Volatile Origins (ICE Five-O). LEADER investigates how the lunar environment affects robotic and human exploration, as well as how exploration affects the lunar environment, while ICE Five-O studies the origin of ice at the Moon’s north and south poles.

Prem is also a member on the team behind NASA’s Lunar Reconnaissance Orbiter, and she co-chaired the Science Organizing Committee for the NASA Exploration Science Forum and European Lunar Symposium meeting that took place this July.

In 2020, Prem served as the lead author for a study published in the Journal of Geophysical Research: Planets. The study explored lander exhaust lingering in the lunar atmosphere and sparked conversation in the scientific community about modeling, monitoring and ultimately mitigating exhaust gases from lunar missions.

Of her scientific contributions, Prem is most proud of her leadership role among the Friends of Lunar Volatiles. Founded by APL’s Dana Hurley, who was a co-author on the 2020 study, the SSERVI focus group has been led by Prem since 2018. Recently, Prem spearheaded the group’s efforts to write a white paper for NASA’s 2023 Planetary Science and Astrobiology Decadal Survey, which takes stock of what has been learned in the field of planetary science within the last 10 years and what researchers would like to accomplish in the next 10.

“I’m proud of the white paper written by the Friends of Lunar Volatiles that summarized everything that’s happened in the field of lunar volatiles, which really took off with the discovery of water on the Moon about 10 years ago,” Prem said of the seven-page paper she wrote with 40 other authors. “A lot has happened in the field since then, so we had to make sure we represented all the great science people were doing. It was satisfying to paint a big picture and present it to the committee.”

Hurley describes Prem as a thought leader. “The Niebur award recognizes how much of an impact she has already made as an early-career scientist on our understanding of water on the Moon,” she said. “APL is lucky to have such dedicated and talented people like Parvathy on our staff.”

For Prem, the Niebur award provides validation and encouragement as she works toward her quest to understand the past, present and future of water on the Moon, as well as what lunar water can reveal about the processes that shape the solar system.

“It’s also important to me to affirm the Moon and other worlds belong to no one and everyone,” Prem said. “In practice, that means understanding and respecting all the strange and wonderful environments of the solar system, and making sure we do science in a way that includes and speaks to a wide variety of people.” 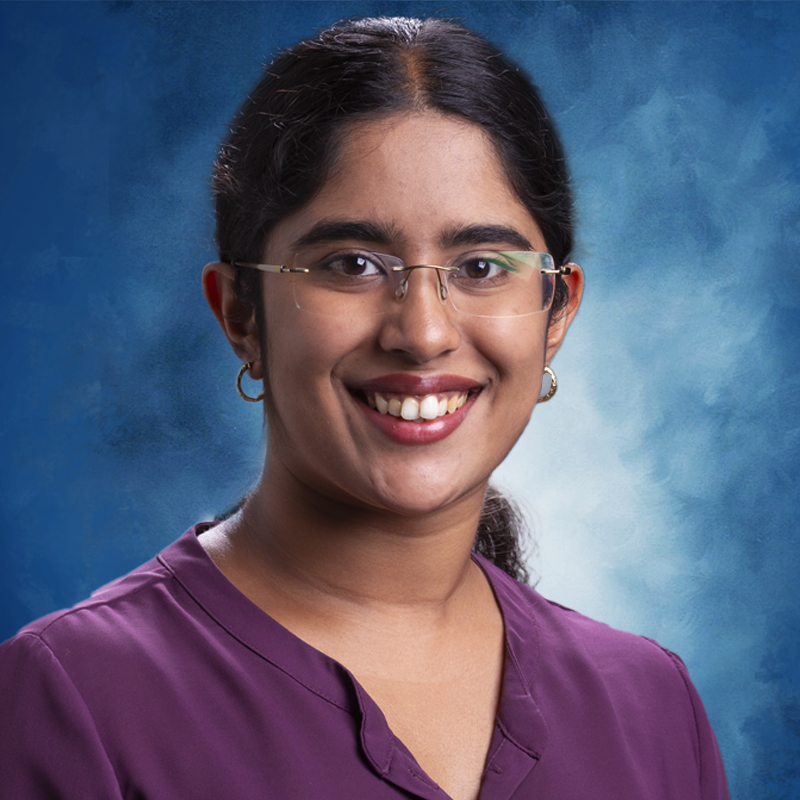